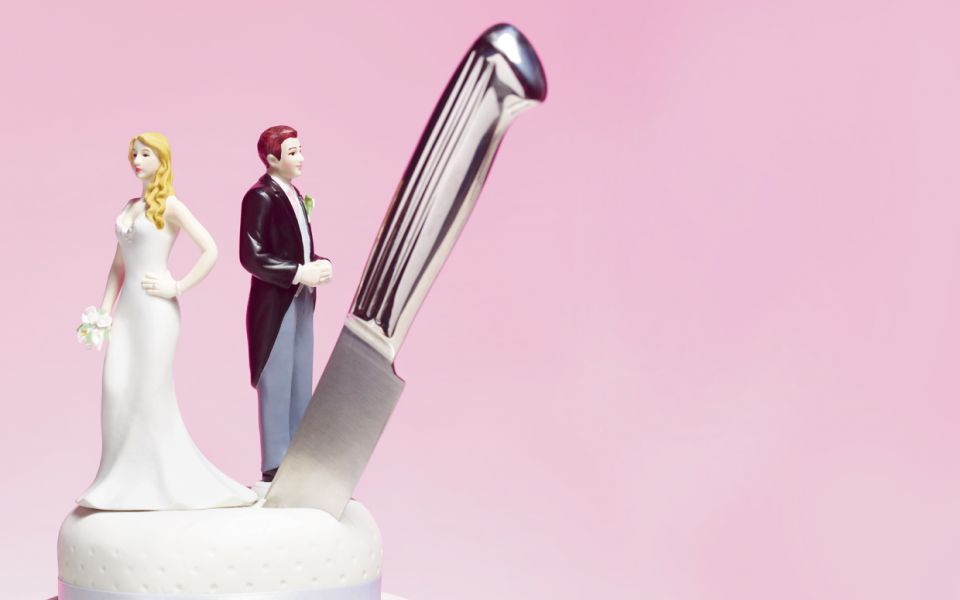 We may have come a long way since the days when women were the property of men, but we still face some huge challenges when it comes to addressing financial gender inequality.

According to a new report from Fidelity, 12 per cent of married women plan to rely on their partner’s pension in retirement, while 17 per cent of women have no pension of their own at all.

In some ways this is unsurprising.  Women are more likely to take time off to care for children, meaning that they tend to have lower earnings and a smaller pension pot in retirement compared to their husbands. But it’s a worrying statistic nonetheless.

It means that a large proportion of our population could be dependent on their significant others throughout most of their lives – even though that relationship could break down. In fact, as many as 101,669 opposite-sex couples divorced in England and Wales in 2017, according to the Office for National Statistics.

“Much as these men have turned to their wives for support throughout life to raise their children, so it makes sense for married women to turn to their partners for financial support in retirement,” says Romi Savova, chief executive of PensionBee. “However, relying solely on their spouse’s pension could turn out to be a costly mistake.”

And while this is more common for straight women, it can of course apply to men and same-sex couples too.

It’s no surprise that in the midst of dividing up assets and agreeing custody arrangements, what happens to your pension falls to the bottom of the to-do list

Assets are typically split during a divorce, meaning one partner is entitled to a percentage of their spouse’s pension, which is transferred as credit. Pension sharing was introduced in 2000 to ensure that unemployed partners – who may have taken time out of work to care for their children – have some sort of pension entitlement.

But even with this law, divorced women still tend to be far worse off in retirement than women who remain married. The average divorced woman over the age of 50 will have a pension worth £131,000, compared to £454,000 for the average married couple, according to figures from the Wealth and Assets survey published earlier this year.

Now consider that Royal London estimates that your pension pot should be around £260,000 to retire comfortably and the predicament of divorced women is obvious.

Part of the problem is that calculating the true value of pension assets can be very complicated (particularly if the spouse has a final salary pension) and harder to assess than assets like property.

Savova says: “If the marriage breaks down and leads to divorce, it may be possible to obtain a share of a partner’s savings via a pension sharing order, but this will be at the discretion of a judge.” She warns that there’s no guarantee that the partner’s pension will be included in a financial settlement, as sometimes pensions can be missed, especially when they are not all in one place.

“That means that there’s a very real risk that the woman could be left with no pension provision at all, or may need to start working when she’s not expecting it.”

Savova also notes that “it’s really important that women make alternative plans for their retirement income to avoid a shortfall in later life” – a crucial point, given that the full state pension is currently £8,767.20 a year, which is not enough for a comfortable retirement.

Emma-Lou Montgomery from Fidelity agrees that the situation is complex: “It’s no surprise that in the midst of dividing up assets and agreeing custody arrangements, deciding what happens to your pensions so often falls to the bottom of the to-do list.” She therefore suggests that couples should have plans in place for their pension ahead of any relationship breakdown, so that no one is left without a comfortable income in retirement.

Of course, every marriage is going to end in death or divorce, so it is also important to consider what pension benefits would be available to a spouse if their partner dies.

Indeed, Jo Douglas from Brewin Dolphin warns that schemes differ hugely in terms of generosity for spouses. “Also, when individuals retire and purchase an annuity, it may be that they do not include a spouse’s pension at all, meaning the pension will effectively die with them.”

She also points out that the state pension is not inheritable, meaning both partners – even if one is out of work – need to build up National Insurance contributions individually to secure future entitlement.

That’s not to say that there aren’t ways that spouses can protect themselves financially later in life.

As the Fidelity report points out, overcoming the barriers to closing the gender pension gap doesn’t need to be complex.

In fact, the investment company says a 30-year-old who contributes an extra £35 a month in their pension – which is equal to one per cent of the average annual salary – over 39 years could close the gender gap.

Helen Morrissey, pension specialist at Royal London, says early action on pension saving is vital. “Women should take steps to safeguard their financial future by starting to save into a pension as early as possible in their career, so they can take full advantage of employer contributions, tax relief, and investment growth to build up a retirement pot.”

If you save small, frequent amounts over the years, this can make a huge difference to what your pension could be worth when you retire.

As women, we’re often taught that talking about money is taboo, and as a result our financial systems continue to be set up in a way that systematically disadvantages women

Also find out what your employer’s policy is for parental leave, as some businesses will continue to contribute, which goes some way to closing the gap. If your employer isn’t so generous, consider trying to make up your contributions when you go back to work, or see if your partner will contribute into your pension on your behalf, so that you don’t miss out on valuable investment growth.

For high-earning families, there can be merit in using both individual annual allowances, and therefore avoid being slapped with a tax penalty if you go over the threshold.

There are also ways that financial services companies can try to alleviate the issues.

“As women, we’re often taught that talking about money is taboo, and as a result our financial systems continue to be set up in a way that systematically disadvantages women,” says Savova. “On top of that, pensions are often thought of as complicated and boring, so there are a few barriers that we need to overcome.”

The asset management industry therefore needs to be more transparent about the costs of investing and overhaul its jargon-riddled literature to encourage everyone – men and women alike – to engage with their money.

Indeed, Savova says that the more we understand about pensions and the tax advantages, the easier it will become to see the benefits of saving for our futures.

“It’s never too late to start saving, and the more women can positively engage with their finances and take control of their money, the more they can improve their quality of life, both now and in retirement.”

The FTSE 100 pared back its losses this afternoon despite data showing the UK economy shrank by a record 9.9 per cent l...

What To Expect From The Financial Markets In 2021?

Among the many twists and turns of 2020, the behaviour of the financial markets stands out as particularly fascinating ...

Cannabis Rally Goes Up In Smoke As Shares Plummet

Cannabis stocks gave up its earlier highs on Thursday afternoon with leading US firms plummeting between 20 and 40 per ...

Platinum Equity Advisors today announced its intention to pull out of its bid to buy British brewer and pub chain owner...

GameStop And The Ethics Of Short Sellers

The global media has recently been entranced by a battle between retail traders and hedge funds over the US computer ga...

There have been fresh calls for the government to step in and demand retail tycoon Philip Green to plug Arcadia’s pen...