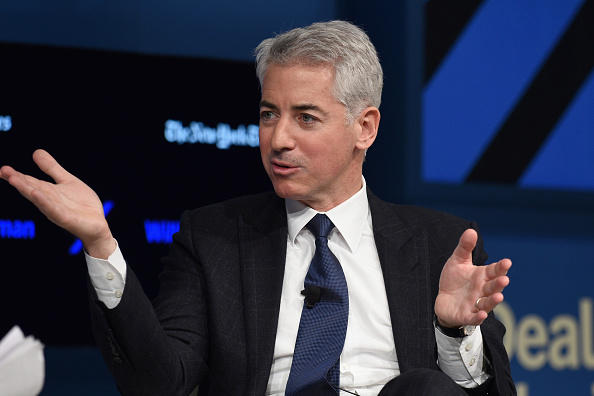 Influential investor Bill Ackman said he thinks there is a risk of Softbank having to write off the entirety of its multi-billion-dollar investment in Wework.

“I think WeWork has a pretty high probability of being a zero for the equity, as well as for the debt,” Ackman told the Robin Hood investor conference in New York on Tuesday, the Financial Times reported.

Ackman described Wework co-founder Adam Neumann as “an amazing salesman” but warned the company remained “enormously levered”. Ackman said he had not invested in Wework and claims no inside knowledge.

In a note affirming Wework’s CCC+ rating but removing its negative outlook, Fitch said the proposed financing offered by Softbank was “the effective minimum needed” to fund its existing operations, a restructuring effort expected to cost 4,000 jobs, and the new leases it signed ahead of its planned listing.

The office space burned through $1bn cash in the third quarter of the year, the ratings agency calculated, as the number of new leases it signed “surged” in anticipation of its now-abandoned initial public offering (IPO)

The financing package from the Japenese tech investment titan values the co-working space firm at around $8bn – far less than it had been expected to raise in its planned IPO, and a fraction of the $47bn valuation Wework had received in January.

Softbank had already invested $10bn in the company before last week’s rescue deal.

Marcelo Claure, the Softbank chief operating officer who was appointed chairman of Wework last week, told Wework staff the Japenese conglomerate was “betting everything we have” on the company.

Read more: Softbank ramps up investment in finance firm Greensill as it swoops on payday lending

In a leaked transcript from a meeting with Wework employees, Claure said: “We’re basically betting Softbank. We’re betting our reputation and we’re betting everything we have that this is going to be a success story.

One Year On: How Neil Woodford Fell From Grace

Venture capital firm Draper Esprit has said a substantial majority of its portfolio is “well positioned” to benefit...

Inflation Post Covid-19: To Be Or Not To Be?

We spoke to two experts who argued the case for and against inflation in the near future and what it means for investme...

Good Trading Is About Decision Making

AJ Bell has reported a 22 per cent increase in revenue after it saw record numbers of new customers flock to the invest...

British investors have opted for ESG funds over the last three years more than any other category of investment fund, a...