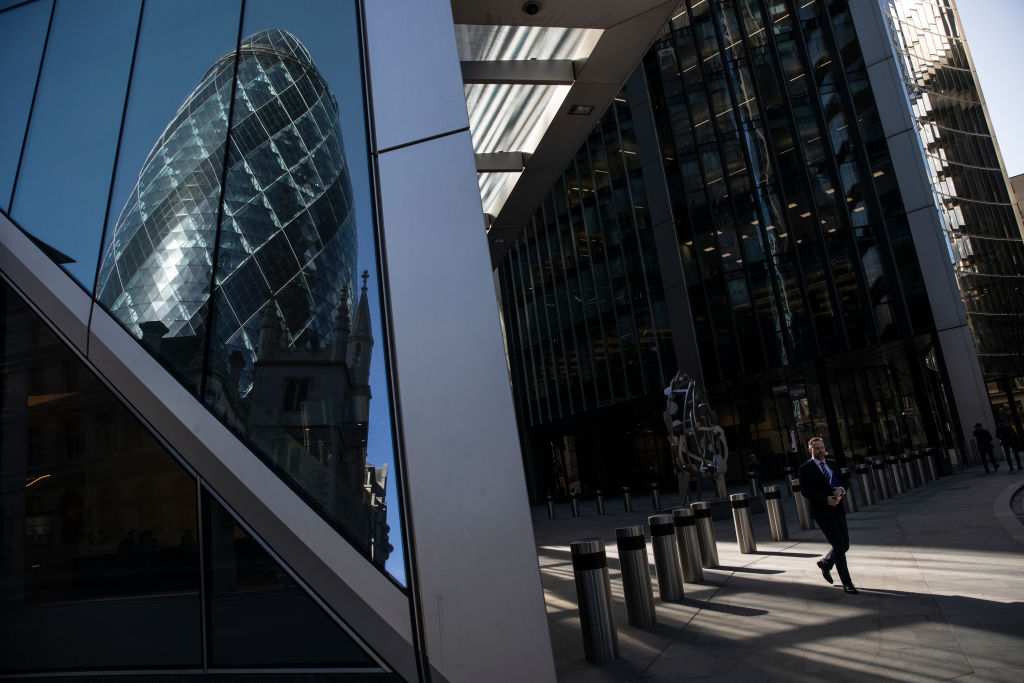 The FTSE 100 pared back its losses this afternoon despite data showing the UK economy shrank by a record 9.9 per cent last year.

The figures reflect the damaging economic nature of national lockdowns imposed to curb the spread of coronavirus.

Mining and financial stocks led the declines, as the FTSE 250 also dipped by 0.07 per cent.

Data on Friday also showed Britain’s GDP grew 1 per cent between October and December, avoiding heading back towards a recession at the end of the year.

Holiday company Jet2 fell 7.5 per cent as it raised £422m through a new share issue, equivalent to 20 per cent of its share capital before fundraising.

Hospitality and leisure stocks continued to take a battering with British Airways owner IAG and Intercontinental Hotels among the FTSE’s biggest fallers, both down 1.6 per cent.

The tide seems to be turning on Wall Street, with all three main indices opening lower at the open dragged down by energy stocks.

All three indexes hit record highs this week and were on course for their second consecutive weekly high.

Elsewhere, Asian shares hovered just below a record high on Friday as mixed US economic data caused some investors to show restraint.

What To Expect From The Financial Markets In 2021?

Among the many twists and turns of 2020, the behaviour of the financial markets stands out as particularly fascinating ...

Cannabis Rally Goes Up In Smoke As Shares Plummet

Cannabis stocks gave up its earlier highs on Thursday afternoon with leading US firms plummeting between 20 and 40 per ...

Platinum Equity Advisors today announced its intention to pull out of its bid to buy British brewer and pub chain owner...

GameStop And The Ethics Of Short Sellers

The global media has recently been entranced by a battle between retail traders and hedge funds over the US computer ga...

There have been fresh calls for the government to step in and demand retail tycoon Philip Green to plug Arcadia’s pen...

An Optimistic Outlook For Global Markets