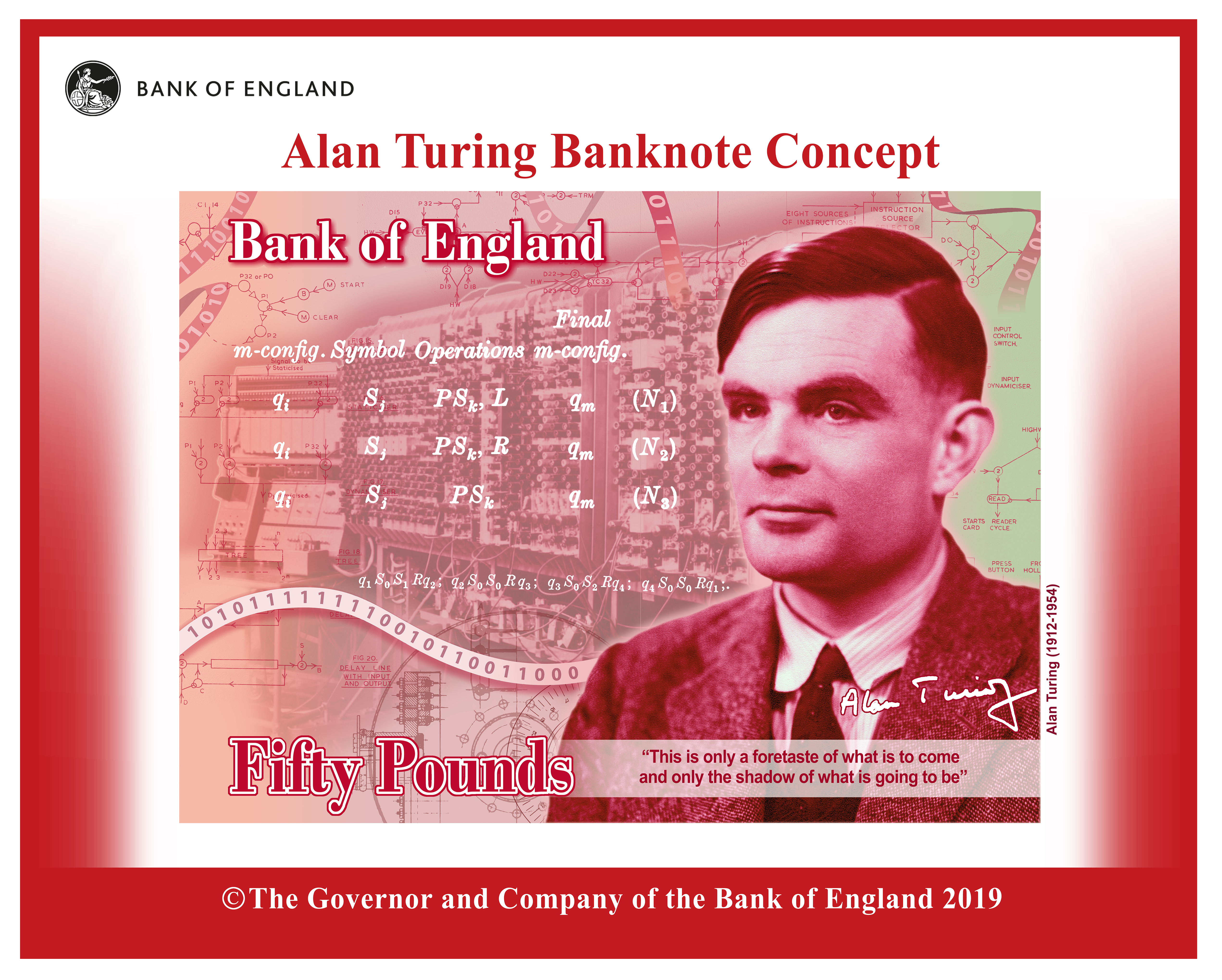 Turing, the “father of computer science and artificial intelligence, was chosen from 989 characters nominated by the public during a six-week period.

Read more: Why a British scientist will appear on the next £50 note

He was best known for his work devising code-breaking machines during the Second World War and also played a key role in the development of the first computers at the National Physical Laboratory and the University of Manchester.

Speaking at the Manchester Science and Industry Museum today Carney said: “Alan Turing was an outstanding mathematician whose work has had an enormous impact on how we live today.

“As the father of computer science and artificial intelligence, as well as war hero, Alan Turing’s contributions were far ranging and path
breaking. Turing is a giant on whose shoulders so many now stand.”

Bank of England chief cashier Sarah John added: “The strength of the shortlist is testament to the UK’s incredible scientific contribution.

“The breadth of individuals and achievements reflects the huge range of nominations we received for this note and I would like to thank the public for all their suggestions of scientists we could celebrate”.

The financial watchdog has proposed an overhaul of cash savings products in the UK, a move it said would bump up intere...

Here's Why Britain Must Become A Leader In Financial Education

The UK has one of the most thriving and competitive finance industries in the world — a fact that is often overlooked...

Why Investors May Need To Dig A Little Deeper In 2020