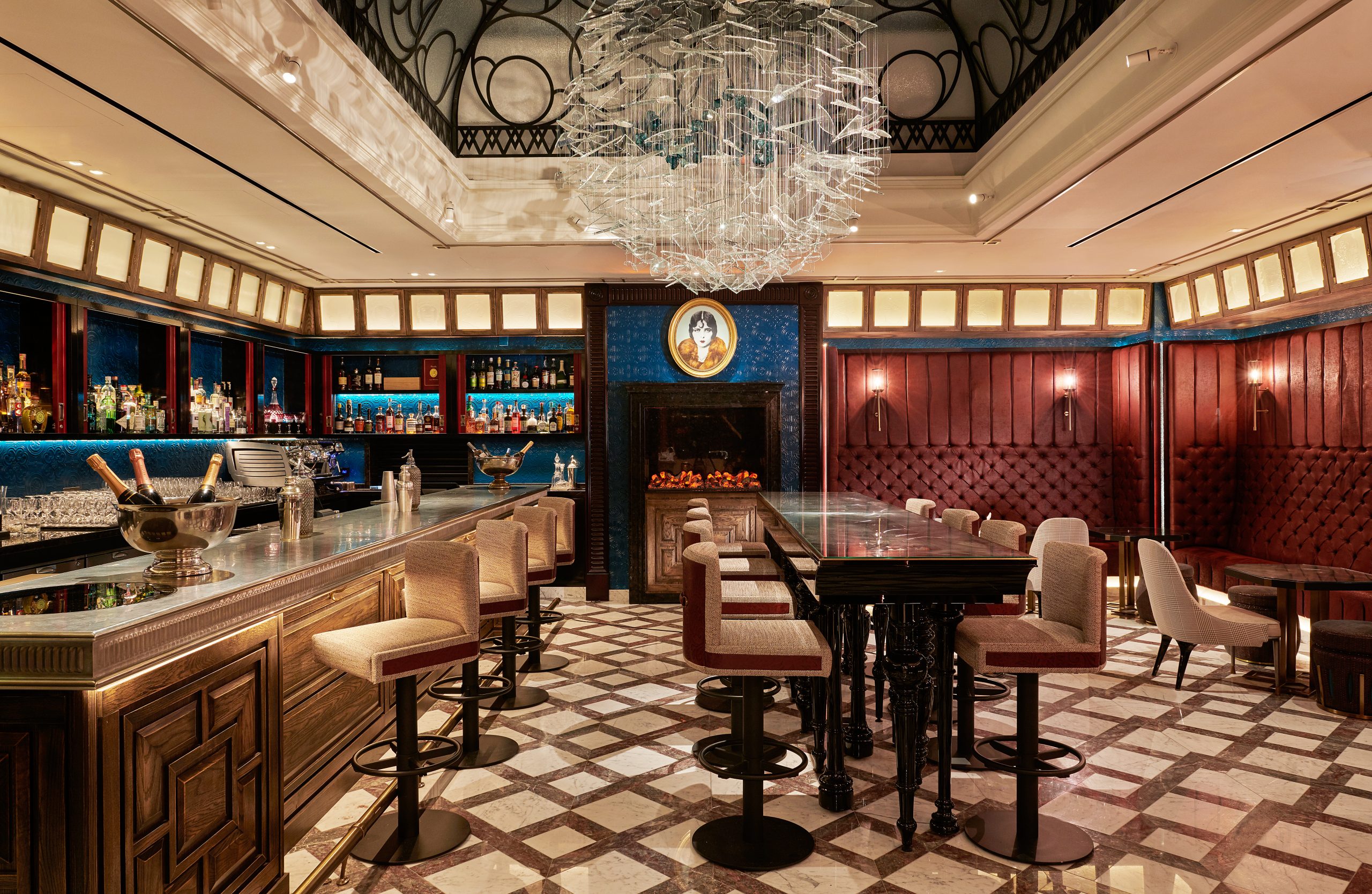 To kick off the new year, a visit to the new Great Scotland Yard Hotel in Whitehall is a great way to see some of the emerging trends in the London design and going out scenes.

It is the latest in a series of renovations of civic buildings (police stations, town halls, courthouses) into hotels, bars and restaurants. Where previously these had fallen out of use or become identikit offices, we can now enjoy their history for the price of a drink.

The five-star Great Scotland Yard Hotel, formerly the Met Police HQ where detectives investigated Jack the Ripper in the Victorian era, has had a £50m facelift to become part of the Hyatt Unbound collection. With 152 rooms as well as a two-bedroom townhouse, the hotel courts a deliberately intimate feel.

Although the 1910 exterior was retained, the interior was gutted. References to London’s Victorian policing can be seen in the police-blue bedroom doors with their elaborate crests, and in the Peaky Blinders’ vibe of 40 Elephants bar, named after an all-female gang of London thieves. The chandelier is made up of glass shards, as if the gang had shattered the skylight from which it hangs.

The hotel has bought impressive artworks from the prison charity Koestler Arts, which are displayed at the entrance to its flagship restaurant, The Yard. Run by chef Robin Gill, it claims to “celebrate the English countryside” but it looks a bit theme-y, and on a January evening, I can’t say I was transported to Theresa May’s fields of wheat.

Competition for the Connaught and Savoy?

The hotel’s location close to Trafalgar Square is undeniably central (I could see Nelson from a sixth-floor room), and you might well find yourself in the vicinity for a nightcap. 40 Elephants and the speakeasy bar Sibin will stay open until 2am on weekends if you are already drinking, and are looking to compete with big hitters like The Savoy and The Connaught.

Which brings us to the wine list and the new, London-wide trend for small measures. Order prosecco and you might expect the flute-sized 125ml glass – but red wine? An unwelcome development.

Instead, my dry January got off to a cracking start with the best non-alcoholic cocktail I’ve ever ordered (I refuse to call them ‘mocktails’). I could tell the Undercover (£12) was handcrafted, and it had all the complexity of a negroni. This health-driven trend gets full marks from me.

Geographically close to Kerridge’s and The Northall at the Corinthia, one hopes the venue will find its feet.

Coronavirus: The Pandemic Could Change The Sport And Leisure Sector For Good

Long ago, back in January 2020, people made new year’s resolutions about going to the gym more… which they might ha...

Coronavirus: What Does Entertaining Look Like In A Post-pandemic World?

What will life be like after the Coronavirus? What will restaurants be like? What kind of holidays will we have? Who wi...

The coronavirus lockdown has thrown everything off – from the morning commute to the pint after work. Odds are, it’...

One Fine Dine Brings Haute Cuisine To Your Living Room

Stress Awareness Month: How Can We Reduce Stress?

When was the last time you felt stressed? Probably recently. According to a 2018 YouGov study, in the previous year, 74...

Culture In Quarantine: Which UK Venues Have Gone Virtual?