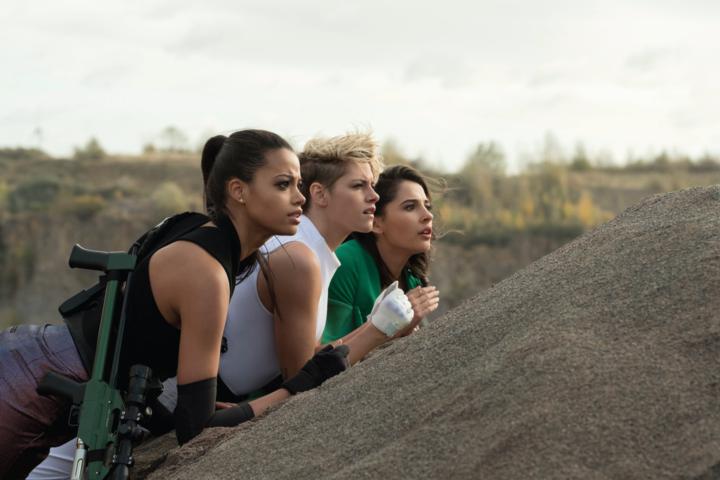 Wasn’t there a remake of Charlie’s Angels a few years back, I hear you ask? Well, I regret to inform you that version – featuring Cameron Diaz, Lucy Liu and Drew Barrymore – was in fact made two whole decades ago.

So here we are again, with another reboot of the hair-flicking, gun toting 1970s TV show about a trio of lady spies, this time starring Kristen Stewart, Ella Balinska and Naomi Scott. They’re out to stop a malign tech company which has created a sort of super-charged, evil Google Home.

It follows the standard action movie formula – all car chases, body doubles and unsubtle product placement. But to its credit the characters are fully-formed, the premise vaguely interesting and the one-liners sharp.

Inevitably, the film has to go out of its way to prove it’s not horribly sexist like the original TV show – and some of its subversions of gender expectations are hilariously ham-fisted, for example when it hints that Charlie, the head honcho who is only ever heard through a speaker, has been a woman with a voice modulator all along.

Stewart stands out as louche heiress-turned-contract-killer Sabina, particularly when she’s riffing with no-nonsense arse-kicker Jane (Balinska). Patrick Stewart also makes an appearance as a retiring Bosley (the generic name for the experienced spies who are sort of the Angels’ line managers) while director Elizabeth Banks plays another, female Bosley.

Ground-breaking it is not. But it is quite a lot of fun.

Can International Tourism Ever Recover?

We look at what might reignite demand for overseas travel and whether the downturn could profoundly change some countri...

If cycling leaves you in need of a good meal, then your dream holiday may well have just arrived. Sir Bradley Wiggi...

Greece To Resume Direct Flights From UK Next Week

Greece will resume direct flights from the UK on 15 July, after it last week extended a ban on travel from Britain over...

Could Al Fresco Soho Be A Vision Of The Future?

Pubs, bars and restaurants opened in Soho this weekend, with new licensing laws allowing them to spill into the street....

Super Saturday: The Pubs, Bars And Restaurants Reopening In The City

It’s been eerily quiet in the City over the past few months, but things are starting to come back to life.  Follo...